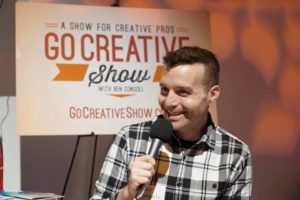 What is Go Creative Show?

Go Creative Show is a podcast for filmmakers hosted by Creative Director Ben Consoli. Each week we invite A-list cinematographers, production designers, directors and producers to share their experiences with our audience and enrich our production community. With nearly 2 million downloads in 180 countries, the Go Creative Show has become one of the top podcasts of its kind. 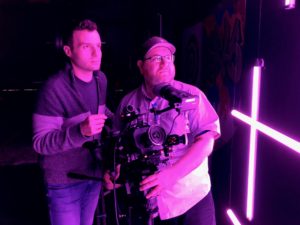 As the force behind BC Media Productions, Ben has produced award-winning commercials and brand videos for Nike, Puma, Verizon, Gillette and Pillsbury, to name a few.  He directed highly-acclaimed commercials for Dragon Naturally Speaking, which aired during the Super Bowl, and with clients like Kaspersky Lab and Nuance, has made commercials that air all over the world.