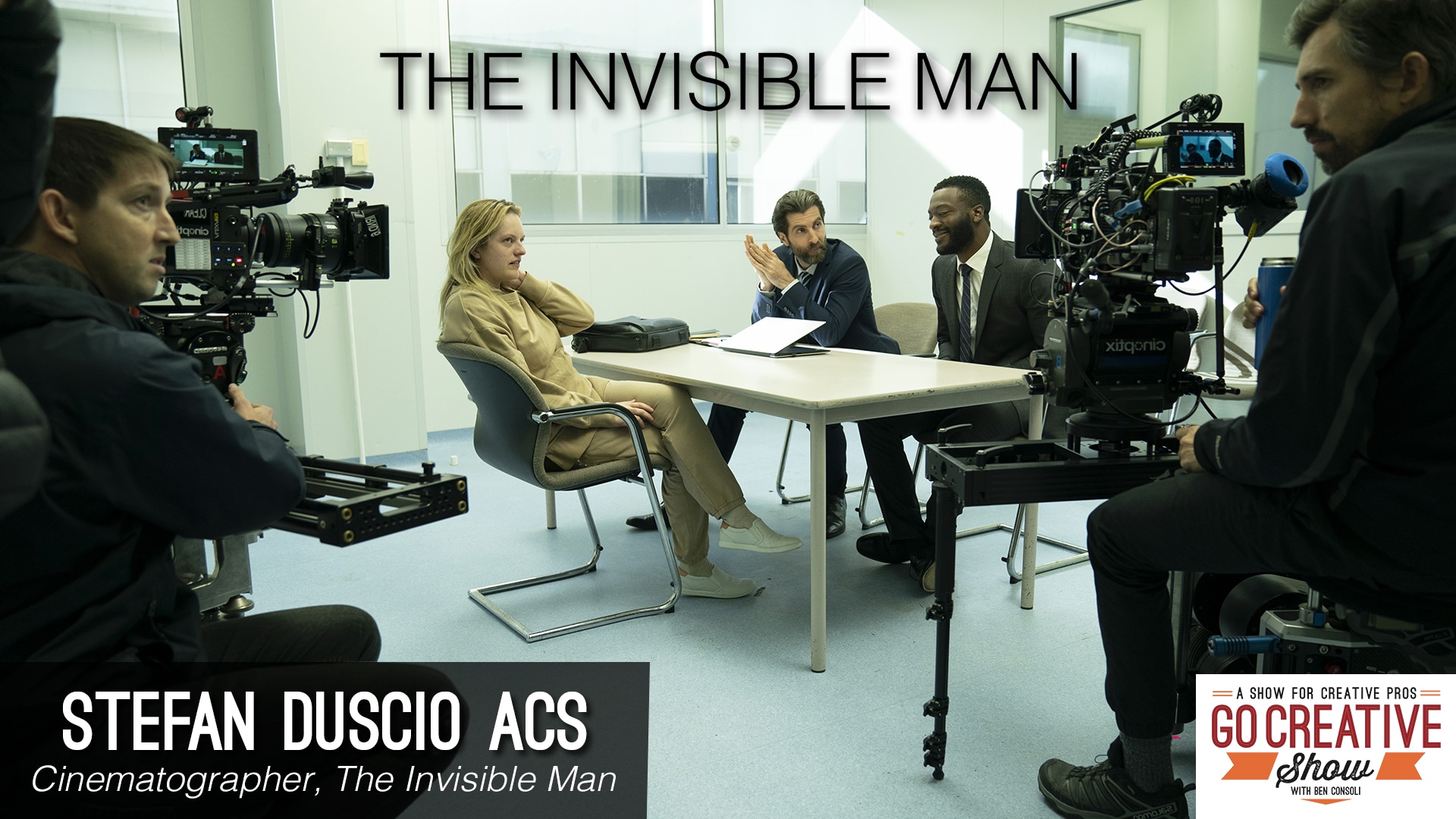 The Making of The Invisible Man with cinematographer Stefan Duscio ACS.

Stefan Duscio and Go Creative Show host, Ben Consoli, discuss the technical issues behind filming an invisible character, using a robotic camera for VFX shots and the value of unmotivated camera movement. We also discuss why Stefan still uses a light meter, filming with the Alexa Mini LF and how he prepared for an IMAX release!