Designing Once Upon a Time in Hollywood (with Barbara Ling) 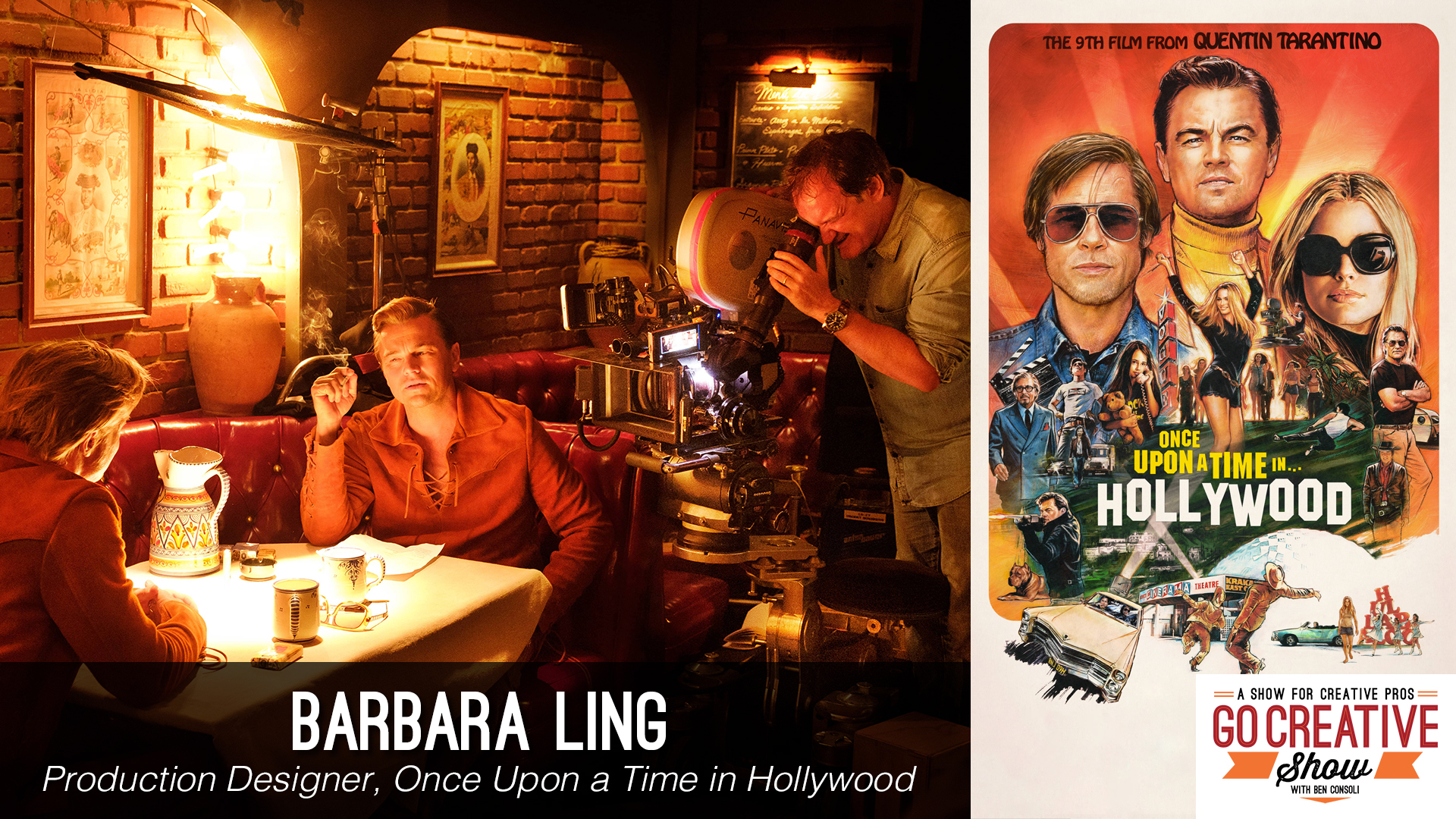 Barbara Ling, production designer for Once Upon a Time in Hollywood, discusses how she was able to turn back time and recreate 1960’s Hollywood.

Barbara and Go Creative Show host, Ben Consoli, discuss how Quentin Tarantino kept the film’s script a secret, how she restored Hollywood to the 1960’s, not using green screen, sourcing vintage props from eBay, filming the real Playboy Mansion, the challenges of filming on Hollywood Boulevard, and much more.