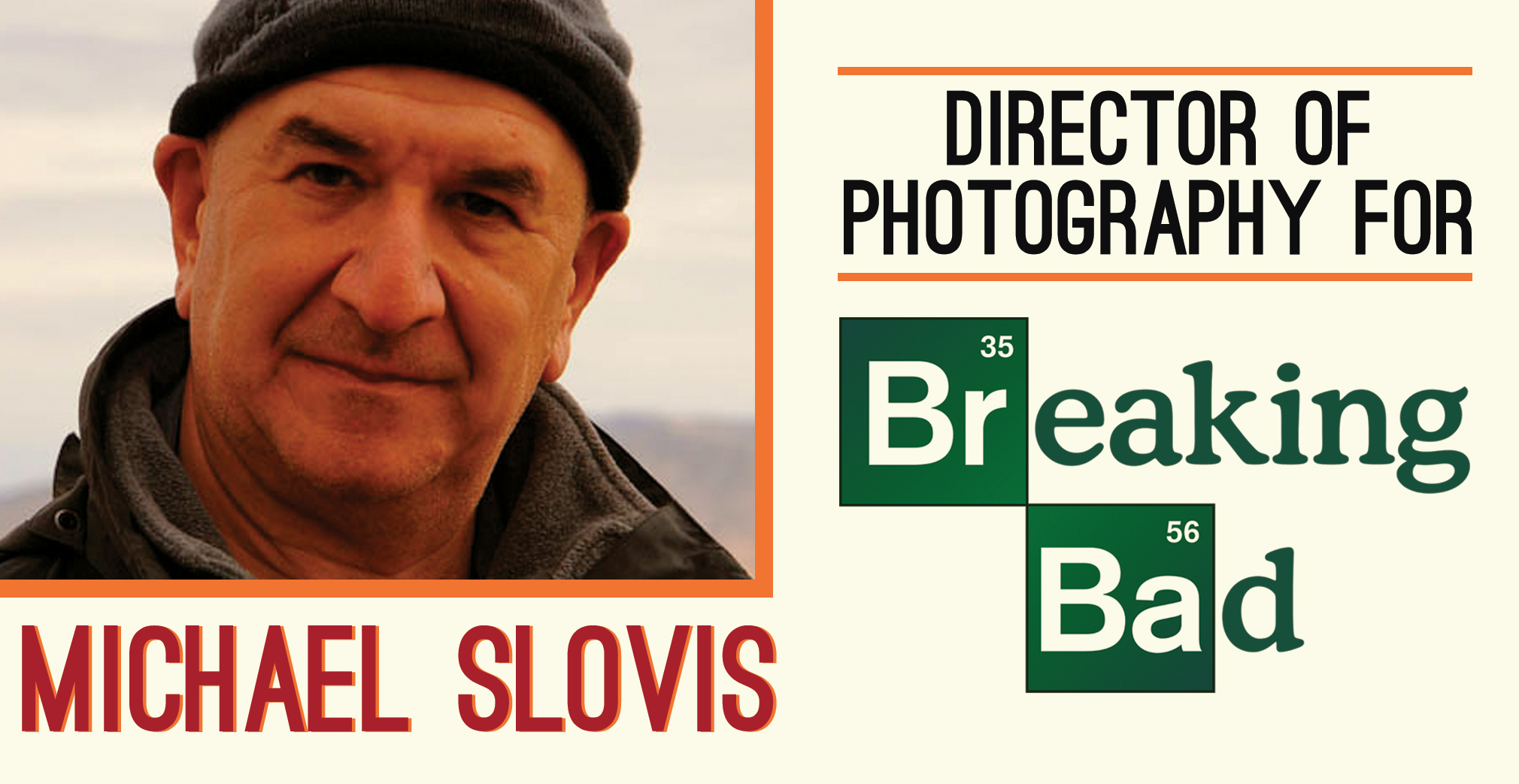 AMC’s Breaking Bad may be in its final season, but its Director of Photography Michael Slovis shows no signs of slowing down. The Emmy Award winning cinematographer and director shares his experience and insight from work in countless tv shows and movies plus we dive deep into his genius and groundbreaking visual direction in “Breaking Bad”. Spoiler alert… there are no spoilers!

We discuss how “Breaking Bad” became an instant classic, Michael’s decision to shoot on film, the difference between directing photography and directing actors, his involvement in post production, the hidden visual effects of Breaking Bad, lighting techniques and more. Aside from “Breaking Bad” Michael talks about his Emmy Award winning cinematography for CSI : Crime Scene Investigation, his work on countless television shows and movies and his upcoming projects.